Turin Cathedral and the Shroud 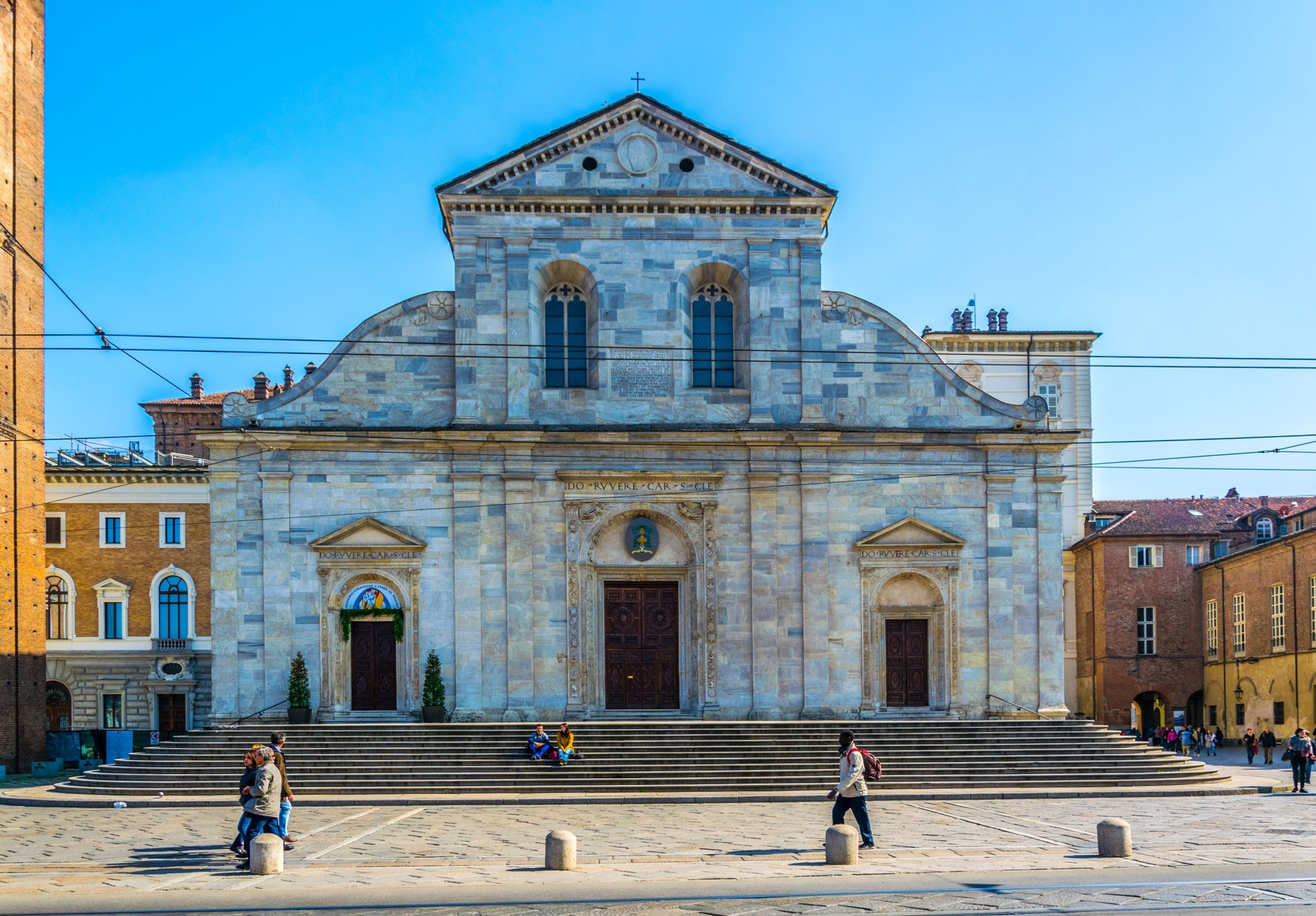 Just five minutes’ walk from the Residenza dell’Opera, the Duomo (Cathedral) is one of the most evocative and loved destinations for anyone visiting Turin. Within is housed the most sacred symbol of Christianity: the Shroud.

Built in the last decade of the 1400s, the cathedral is situated in an area in which several early Christian were once located. The current building, constructed by Cardinal Domenico della Rovere, is in Renaissance style, with a Latin cross layout and an all-white marble façade that exalts its three beautiful decorated portals. Inside, three naves are enriched by numerous chapels in which many artists have worked. 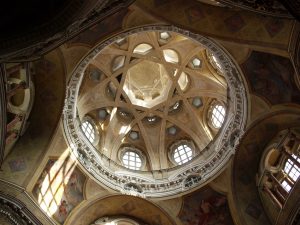 Designed by Simone Martinez, the splendid Tribuna Reale is significant in that the Shroud is displayed in a glass case beneath it during the expositions. Throughout the 17th century, a part of the choir was demolished to create a circular chapel destined to accommodate this sacred relic that was subsequently moved into its glass case behind the main altar.

According to Christian tradition, the Shroud is the cloth that wrapped the body of Jesus after his death and, prior, in the sepulchre in which he was encased. On the Shroud, an ochre-coloured linen sheet, the image of a human body is indeed visible, showing signs of torture in line with those described in sacred texts.

The term “shroud” derives from the Greek word for a broad sheet, without any connotation to the cult of the dead. This latter interpretation is typically Christian, with the term now used specifically to indicates the burial cloth of Christ.

The relic is only shown to the public periodically, with the most recent exposition being held from April to June 2015. The cathedral, however, can be visited from Monday to Saturday, morning and afternoon.

By scheduling your visit in Turin to include a stay in one of our rooms or apartments, you will have access to all the most beautiful places in the city within a short distance, offering the chance to see the Duomo, which is always worth a visit even beyond the periods dedicated to the exposition.