Piazzas and Palaces in Turin 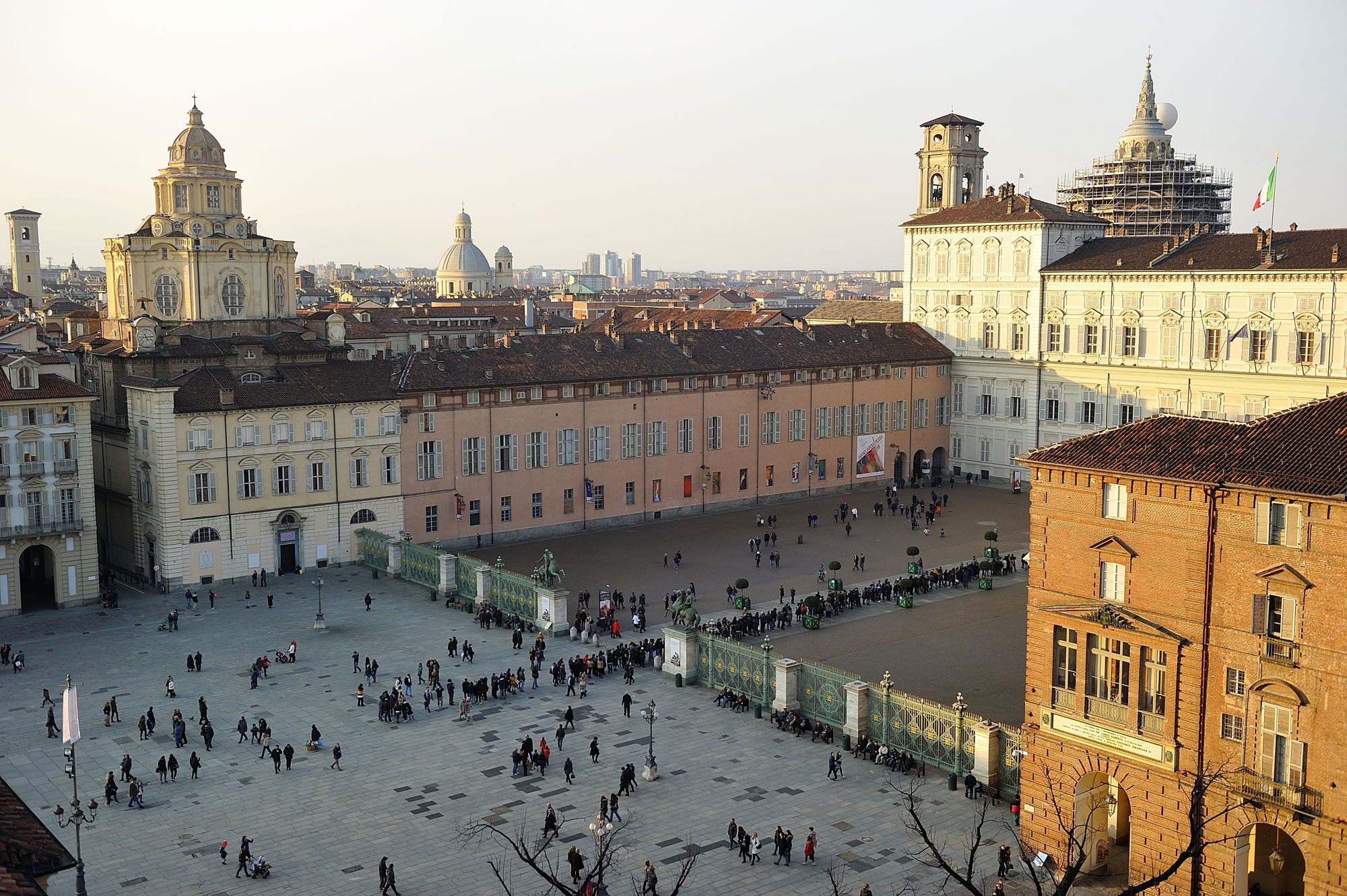 The spacious piazzas of Turin and its mesmerising palaces will overcome you with the desire to photograph everything in sight. This is especially so on beautiful days backdropped by a sky infused with the intense colour rendered by its proximity to the Alps and their cloud-sweeping breezes.

A city stroll from square to square 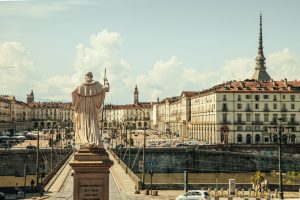 We commence from Piazza Vittorio or, as we call it in Turin, Piazza Vittorio Veneto. We should add that this is the largest square in Europe, at least in the category of those with porticoes. Indeed, Turin is not lacking in these splendid archways!

Piazza Vittorio opens onto a view over Via Po, which you will come across when stepping out from the Residenza dell’Opera. The beauty of the piazza has flourished since the parking spots have been moved underground, today ensuring Piazza Vittorio is perfect for taking a stroll, for time-out on one of its quaint benches, or satiating your appetite in one of the various eateries, by day and by night.

Heading towards the Po river and the Chiesa della Gran Madre di Dio, one takes a steep downhill path – going down more than seven metres. Fortunately, the architect Giuseppe Frizzi who completed Piazza Vittorio in 1825 did a marvellous job in minimising the slope – indeed, one is virtually pulled by the most beautiful views of Turin, out over the river, the church and the Monte dei Cappuccini with the Chiesa di Santa Maria al Monte, the viewpoint from which to admire the city.

Coming down from Monte dei Cappuccini and returning to the Gran Madre, take a look at the Murazzi del Po on the water. Follow along Via Po to its base, until reaching Piazza Castello, which overlooks the Teatro Regio, Palazzo Madama and branches into Via Roma, the shopping street of Turin, to the pedestrian street of Via Garibaldi, and Via Pietro Micca that leads to another beautiful square in Turin, Piazza Solferino.

Piazza Castello is a square brimming with history, giving meaning to the expression “the heart of Turin”. Today, it is partly closed to the traffic that once circulated all around the Palazzo Madama, the central building, encapsulated within a pedestrian area that inspires and welcomes all who pass by.

Here, we come to Palazzo Madama. Constructed in the 1200s, it has undergone repeated restorations until those of several years ago that restored the beauty of the forepart of the building, designed by the architect Juvarra. Between 2006 and 2007, Palazzo Madama was transformed into a museum and today hosts exhibitions and events. It is also available for those wishing to marry in the midst of history in Turin.

The Palazzo Reale dates back to the late 16th century and was once connected to the nearby Palazzo Madama via a walkway that has since been demolished. Once at the centre of the life of the Savoy family, it is now part of a museum complex that also includes the Royal Armoury, the Royal Gardens, the Savoy Gallery, the Archaeological Museum and Palazzo Chiablese plus the Chapel of the Holy Shroud – all accessible with one ticket for an experience that we strongly recommend if you love history and want to immerse yourself in the daily life of a historic court.

Starting back from Piazza Castello, after heading along Via Roma for a few minutes’ walk under the porticos, there is Piazza San Carlo and its Caval ’d Brôns, the monument to Emanuele Filiberto. Here, in the drawing room of Turin, you can enter into one of the historic cafés with such glamorous interiors to feast your eyes and taste buds alike.

It has been several years since motor vehicles were able to pass by Piazza San Carlo, thus it is lovely to take stroll and stop in peace to decide how to continue on your visit of Turin.

Quite another square: Porta Palazzo 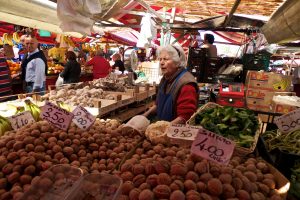 It is officially called Piazza della Repubblica – the Republic Square – but for the people of Turin it is always and ever Porta Palazzo, the largest open-air market in Europe, where an important icon in the history of Turin remains, the Porta Palatina entry gateway to the city.

A blend of Italian and foreign traditions, Porta Palazzo has a vitality all of its own, to see and experience even if you do not wish to buy a thing. Yet, beware – it is difficult to resist, and if you selected one of our accommodations with a kitchen, you may be tempted to try an unusual spice or prefer a lavish spread of fruits, vegetables and delicacies of all kinds, accompanied by a good bottle of wine.

The Residenza dell’Opera is perfect for enjoying all the beauty of the piazzas and palaces of Turin, simply by taking a stroll. Explore our rooms and apartments, including those equipped with a kitchen, and select the one that best suits you.